The County is Rutland County Council. 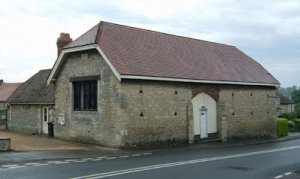 The Empingham Village Hall Trust was formed in 1939, when the Ancaster estate deeded over the hall "for the purpose of physical and mental training and recreation and social, moral and intellectual development ... for the benefit of the inhabitants and residents of the Parish of Empingham". The Empingham Village Hall, also known as Audit Hall, which was said at that time to be in poor condition, was given to support that purpose, but no money or investments came with it! The hall was for several years the hub of village activities servicing the local school where children ate their school lunches, it was also the site of the village playschool and youth club and frequent village disco's, parties and private functions. However over the years its use diminished and due to this limited use, revenues were not sufficient to pay the running costs of the hall and the required extensive renovations. It became apparent that this was approaching a crisis situation. Since then, the Trust, which is managed by unpaid volunteers, has had to rely on benefactors, local appeals, and grant aid, to maintain the hall.

Following the election of a new chairman and 'steering committee', during 2011/12 a village hall audit was undertaken together with a complete survey of the building structure and fabric and the conformity of the electrical circuitry to regulatory standards. The village audit was a success highlighting the amount of support the village hall had with the residents, the appointed architect reported that the building and fabric were in good shape and some errant electrical faults were remedied and a new electrical safety certificate issued. The Empingham Parish Council funded these surveys. The steering committee then decided to seek funding to install a new heating system, kitchen, toilets and to refurbish the entrance hall. At the same time a re-launch of the Mini Ernie was undertaken and updated to a monthly £1 per ticket draw, the 120 + ticket holders then added considerable revenues into the hall accounts.

Following a thermal logging and imaging exercise by Nottingham University to identify the hall heat losses, it was decided that a 'hot air' system would be most suitable for rapid heating of the main hall. A visit by the power distribution supplier outlined the new 3-phase electrical distribution system which would be required together with the new switching and metering distribution. Quotations were received for the kitchen and toilet refurbishments with detailed plans to overcome the existing 'damp wall' problems. Finally, successful applications were made for funding to:

The Empingham Village (Audit) Hall successfully operated at a profit during 2015 following an 18 month period whilst all the modifications were completed. It can now boast a warm welcoming hall environment complete with a modern well appointed kitchen, excellent toilet facilities and a smart entrance hall. Bookings are accelerating to new highs.

The new hall booking secretary has a busy weekly diary organising events including Circle Dancing, Dance Fit, Tai Chi, Upholstery Classes and Children's' Parties. Other intermittent functions include Parish Council Meetings, Rutland County Council Election events, Safari Suppers and the Village Garden Produce Show. Following the election of some new committee members, the expanded committee is exploring new avenues to increase the hall revenues, for example in conjunction with the nearby White Horse Inn, catering for large dinner party and wedding functions. Additionally, other organisations could arrange their own dinner functions with outside caterers. 2016 has got off to a good sound start and the committee hope for a successful year for this fine village facility.

From the Project Steering Group,
on behalf of the Managing Committee,
Empingham Village Hall Trust.